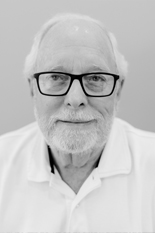 Coverage area: All of Northwest, Missouri and Southwest, Iowa

REALTOR® Larry Apple, GRI, of Shirley's Realty in Maryville, Mo., was honored as the 2010 REALTOR® of the Year by the Missouri Association of REALTORS® (MAR) Oct. 1.

"Larry exemplifies the ideals of the REALTOR® Association through his unwavering dedication to his profession and his tireless service to the association and his community," said R. Dennis McClelland, CEO and executive vice president of MAR. "He is truly deserving of our association's highest honor."

Apple is the recipient of several professional honors, including the President's Award from the CENTER for Education & Private Enterprise. He also was a member of MAR's Honor Society from 1996 to 2005, when he received life membership in the society. He earned professional designation from the Graduate REALTORS® Institute (GRI) in 1978.

A Maryville native for more than 40 years, Apple is a member of the Lion's Club and has served on the Board of Zoning Adjustments and the Planning and Zoning Commission. He also was president of the board of trustees for the Delta-Nu Chapter of the Tau Kappa Epsilon Fraternity at Northwest Missouri State University.